Here, fans of George Lucas’ saga have found a new destination to celebrate all things Star Wars. If you love Star Wars like me and my boys, Tyler and Andrew, do, Kissimmee is the vacation you’ve been looking for.

Why take my word for it? Besides using the Jedi mind trick on you right now to get you to continue reading, our credentials speak for themselves. Each person in my family has their own custom lightsaber, the boys will randomly sing “The Imperial March,” and we have enough costumes to stage our own amateur production of Star Wars: A New Hope.

The Force is strong in my family. Even our 1-year-old daughter, Ava, is already sensing it.

If the Force is with your family, here’s a look at some of the amazing Star Wars adventures you can have in Kissimmee. 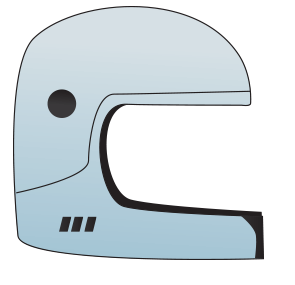 Your bucket list for all things Star Wars in Florida

Swipe to navigate or
use the chapter links

Favorite Star Wars characters, like Chewbacca, C-3PO, R2-D2 and Boba Fett, take to the stage in an 11-minute live show that retells some of the iconic scenes from the saga. I sensed the Dark Side in Andrew as his excitement was palpable when the Imperial March began to play and Darth Vader appeared.

March of the First Order

With the thunderous march of the First Order playing over the speakers, Captain Phasma leads a squad of Stormtroopers from the Star Wars Launch Bay to the stage in front of the Chinese Theatre. There, the characters do marching drills and an inspection before heading back. The boys enjoyed getting up close and personal with the Stormtroopers as they marched by with military precision.

Stormtroopers at the March of the First Order at Disney’s Hollywood Studios™, located in Walt Disney World® Resort

The signature Star Wars attraction that was updated just a few years ago, Star Tours – The Adventures Continue sends guests hurtling through the galaxy aboard a StarSpeeder 1000. The 3D motion-simulated space adventure includes many famous locales in the Star Wars universe, including a trip to Jakku from Star Wars: The Force Awakens. Tyler has been on the ride several times and always leaves grinning ear to ear.

See movie props from the Star Wars films, play games, watch videos and encounter Kylo Ren, Chewbacca or a couple of Jawas, who will actually trade with you, at Star Wars Launch Bay. Andrew and Tyler love trading with the Jawas—bartering is fun!—so it’s worthwhile to make time to do it.

Jedi Training: Trails of the Temple

Visitors ages 4–12 can test their Force abilities at Jedi Training: Trials of the Temple, an interactive show that has new recruits learning the ways of the Force and eventually crossing lightsabers with Darth Vader or the Seventh Sister. Tyler dueled with the Seventh Sister, eventually saving the day with the help of the other recruits. Best of all, the kids get a button at the end for participating.

Fighting a Sith Lord can work up an appetite, so thankfully food isn’t far, far away. Next to the Jedi Training stage is Backlot Express, where they’re serving up Star Wars-inspired dishes such as Dark Side Chicken & Waffles (complete with Darth Vader-shaped waffles) and sweet treats such as a BB-8 lemon cupcake. If you’re hungry, the Royal Guard Burger, with its 1/3-lb. burger patty topped with cheese and brisket and encased in a black bun, will satisfy even the hungriest Wookies. Tyler loves the rice cereal treats shaped like BB-8 and Andrew enjoys eating popcorn from the TIE Fighter popcorn buckets, but mostly I think he just likes the bucket. You can find both treats at numerous locations around the park.

Fuel up for the next battle with a Star Wars-themed snack at Backlot Express, at Disney’s Hollywood Studios™, located in Walt Disney World® Resort in Orlando

What makes John Williams’ Star Wars soundtrack even more epic? Adding fireworks to it! The skies above Disney’s Hollywood Studios™ come alive in the evenings with the sights and sounds of Star Wars with “Star Wars: A Galactic Spectacular.” The brand new evening spectacular is a brilliant homage to the series with its use of projection effects, dynamic lighting, lasers and pyrotechnics. Even after a long day of Star Wars-ing (that’s a thing, right?), the boys are still thrilled by the show. Their raised lightsabers make for good glow sticks. FYI: The show will be impacted by the holiday fireworks show at Hollywood Studios™ in November and December, but those are sure to be just as incredible.

Star Wars Half Marathon – The Dark Side

By order of Emperor Palpatine himself, runDisney has added a weekend of Star Wars-themed runs with the Star Wars Half Marathon – The Dark Side at the Walt Disney World® Resort. Like other popular runDisney events, this won’t be just an ordinary run—expect some special Star Wars surprises along the way. The best part about the weekend is that it has events for all ages from the Star Wars Dark Side Challenge, a two-day, 19.3-mile run to runDisney Kids Races and even a diaper dash for my crawling daughter.

runDisney hosts Star Wars-themed runs such as the Star Wars Half Marathon, held at Walt Disney World® Resort in Orlando

At LEGOLAND® Florida, the Star Wars galaxy comes to life in millions of LEGO bricks. In MINILAND USA, an area of the park that replicates famous landmarks and scenes out of 32 million LEGO bricks, you’ll find a section devoted to Star Wars that comes complete with life-sized replicas of Darth Vader and R2-D2, along with famous scenes from the Star Wars films built from the bricks up. Not only do the boys enjoy taking photos with the life-sized Darth Vader and R2-D2 made entirely out of LEGO bricks, but some of the scenes have interactive elements where, at the push of a button, certain parts of the scenes will come alive. Try stopping a 3-year-old from pushing a big red button.

Want even more LEGO bricks and Star Wars? My boys do and they’re excited about LEGO Club Weekends at LEGOLAND® Florida happening every September. The weekend will include classes on how to build LEGO Star Wars sets with the help of Master Model Builders, a meet-and-greet with LEGO Darth Vader, a Yoda Scavenger Hunt and more. You’ll end the day with a special firework show.

Using the Force will take a lot out of you, so it’s nice to know a place to power down your droids for the night is close by in Kissimmee. But, the Star Wars excitement doesn’t have to stay at the theme parks. With some of the fantastic vacation homes in the area, you can live the high life like Jabba the Hutt. Here’s a look at two homes with Star Wars features.

At one of the mansions by Jeeves Holiday Homes, you can test your video game skills in a Star Wars-inspired arcade. And with the flip of a switch you can go to the Dark Side. The murals in the arcade are blacklight sensitive, so you can play Ms. Pac-Man while a glowing Stormtrooper looms overhead. The 11-bedroom, 11.5-bathroom property can sleep up to 32 people, so it’s perfect for multiple families, a family reunion or housing a squadron of X-Wing pilots. The three-story home is stunning, with its own private pool, theater and outdoor barbecue area. While some of the rooms are themed, most are tastefully done in a European style, so even if you don’t have Star Wars fans in the group, they’ll still have a great stay.

Fans of The Empire Strikes Back will quickly recognize the bed in this mansion by All Star Vacation Homes. Towering over the kids is a bunk bed that looks like a four-legged AT-AT Imperial Walker set against a wall mural depicting the Battle of Hoth (feel free to crank down the AC until it feels like the ice planet). My kids enjoy exploring the room and bed as the top bunk has a hatch that you can open and peer out of. Captain Phasma even decided to take a nap while we were there. The nine-bedroom, nine-bathroom home has many great features, like a pool, spa, game room and theater, so you can relax in comfort after a day at the theme parks.

From world-class theme park experiences to stunning luxury accommodations, you can have an out-of-this-world trip right in the heart of Central Florida. No Jedi mind trick needed, really. Kissimmee is the vacation you’ve been looking for.Start planning your own Star Wars getaway to Kissimmee by finding the perfect vacation home.►►►

Stormtroopers at the March of the First Order at Disney’s Hollywood Studios™, located in Walt Disney World® Resort

Fuel up for the next battle with a Star Wars-themed snack at Backlot Express, at Disney’s Hollywood Studios™, located in Walt Disney World® Resort in Orlando